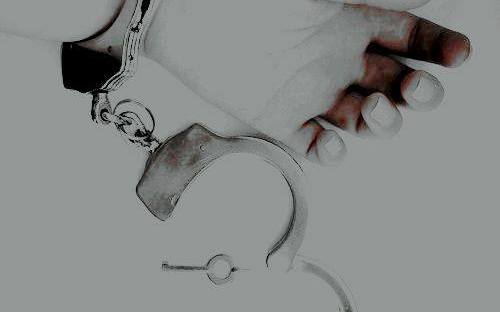 “Kaitlyn is gone. Your ultimate weapon, your precious child. Their spirits are shattered. This was not supposed to happen.” I pace before the sarcophagus.

“Nothing ever goes as planned, child,” the vision of Markus appears next to his tomb, arms crossed, a pipe hanging from his lips.

“I am not a child,” I glare at the transparent image. “You had so many opportunities to help her, through Rhoan. Why do you act like this is not a big deal?”

The man sighs, scratching his rugged orange beard. “It will all work out, Selene.”

“You’re a fool, Markus,” I growl. “You just said nothing ever goes as planned.”

He frowns. “Yes, I suppose I did. You worry too much.”

“You worry too little,” I rebuke. “She is your blood!”

“What would you have me do?” he gestures to his incorporeal self. “I only have the energy you’ve given me.”

“Do something! Anything, Markus. Anything is better than this,” I find myself yelling. I don’t remember the last time I lost my temper. “If you won’t, I will go myself. Kaitlyn deserves better than this.”

“You will do no such thing,” Markus booms. I stand my ground. “You cannot leave this place. My brother will come for you. Kaitlyn will be alright. I have made contact with some spirits in the outside world. Old friends.”

I shake my head slowly. “So I am a prisoner here as well? How are you any better than your brother?”

Markus stares at me for a long, awkward moment. “I will train you. You can learn, instead of pacing.”

“You’re lucky you have no solid form, or I would hit you,” I grumble, hands on my hips.

He chuckles. “I have no doubt. Shall we get started?”

I stare him down for a moment. I’m not convinced that Kaitlyn will be okay. With Andrei in the state that he’s in, he won’t be much help for a while. I doubt the others would be enough to bring her back. Why do young men have to be so fragile?

“Fine. What sort of training did you have in mind?”

“I would like you to practice a few mental exercises. You have powerful gifts, Selene. Ones I hope will help Kaitlyn and the others, when the time comes,” he exhales spiritual pipe smoke. How does a spirit smoke? The veil is a strange place.

I cross my arms. “So what, get into some Yoga, do some meditation?”

“Something like that,” he laughs. “I will show you a form of meditative exercises I learned in my time, from the Orient. You also possess other gifts, I am not sure you are aware of. If you are willing, I will show you how to practice with those.”

I raise an eyebrow. “Alright. Here?”

He looks around the room, still the disaster that Kaitlyn left it in. His shoulders sag. “I suppose not. Perhaps a training room?”

I nod and spin away. I’m not satisfied, but at least I won’t be twiddling my thumbs. I know I need to hone my skills or I will be useless to her when she needs me. I’m useless now, stuck on this island.

I stop by the dorms to change into something more appropriate for a training room; black tights, a sports bra and a tank top. I tie my hair in a messy bun and make my way down the marble halls. The people I pass in the halls tend to ignore me, for the most part. Some brave young men approach me, with sweet words and lustful eyes. I keep walking.

“Selene!” A male voice bellows as I reach the main floor.

I turn to see the mountain of a man jogging toward me, a smile plastered on his face. “Viking!” I reply with a laugh.

“It’s been many moons since last I saw you. How are you doing?” he asks cheerfully.

“I’m well, though I worry for the others,” I admit, glancing around us. “A lot has happened in such a short time.”

“As am I. It was terrible… Ryan was a dear friend. I miss her sorely,” he hangs his head for a moment. When he regains composure, he asks, “Are you doing anything urgent? Or might you have time to ‘hang out’?” he uses his hands to make quotations. “The company would be pleasant.”

I’m taken aback by the request. He’s both formal and informal at the same time. “I… Um, I was going to see about some training. At least it would pass the time.”

“I shall join you then! I could warm up my muscles and forget the sadness. Let’s train together!” he exclaims, leading the way ahead.

I press my lips into a thin line. I’m not sure our ideas of training are the same.

In one of the many padded rooms, Cliff stands before a rack of wooden weapons. I stare at the array, uncertain. This is so far out of my comfort zone it’s not even funny.

“I remember a good time I had in these rooms with Andrei and Kaitlyn. We had a competition. They were both furious warriors. I am certain you will be a good training partner, as they were!” Cliff grins.

“It is simple, really. You grip it in your hand, like this,” he holds up a large wooden hammer with one hand. It looks like it weighs as much as I do, if not more. “Then you swing it at your opponent and try to hit them, like this,” he demonstrates a swing in mid-air.

“I may not be an expert, but I’m fairly certain it’s more complicated than that,” I muse.

“Nonsense. Let’s give it a try. You are a small opponent so I would recommend this one,” he offers me a wooden pole. I catch sight of a figure in the corner of my eye. Markus leans against the wall. I raise an eyebrow. He nods once.

Oh, is that how it’s going to be? I take the staff in both hands. Cliff walks into the center of the room. I follow standing opposite.

“So, I just have to hit you?” I ask, unsure. It sounds ridiculous.

I shrug and move forward. I swing the stick half-heartedly. He easily blocks it with his hammer. I swing again, a little harder, and then again. He deflects my strikes like it’s childsplay. I see a vision of a thought cross his mind, but I’m not quick enough. The hammer hits my stomach. I stumble back, gasping to catch the wind that was knocked out of my lungs.

It’s one thing to be beaten, but pity is a step too far. I smack his hand away with the stick and stand up straight. “I’m fine.”

“Sometimes I can be a bit strong, I don’t know my own strength. My mom often told me to be careful. Shall we try again?” he offers, hopeful. I nod, adjusting my feet.

I take another few shots, but he continues to block. Then the hammer hooks onto the staff and it’s flung across the room. It hasn’t even landed before I’m knocked onto my back, winded again. Damn, this is annoying. I sit up to a crouch, eyes locked on the Viking. My hand reaches out on instinct, the wooden staff slides into my grip. Wait, how did I…?

“Wow, you can move objects with your powers? This will be an interesting match!” Cliff beams.

I look at the wall. Markus watches, a smug smile nestled in his beard. Okay, so maybe he was right about the other powers.

I thrust the end of the staff up into his gut. It connects, barely, before he catches it with the edge of the hammer. He knocks the staff away again. I recall my time in gymnastics and tumble between his legs.

Cliff hums. “You are tricky, like Kaitlyn. You can use your size to be quicker than your opponent. They will underestimate your skill because you are small.”

“I’m average height, thank you very much,” I catch the staff and whack his leg.

“You are small to me, but then, so is Andrei. You make a good point,” he grins as he turns. It’s like he didn’t even feel me hit him. He swings the hammer. I manage to get the staff up in front of me to block it, but my feet slide across the matt with the momentum.

“I can’t believe people do this for fun,” I mutter.

“It could save your life one day!” Markus calls from the sideline. I glare at him and roll my eyes. As if that matters.

“Now, if you find you are getting blocked too often, try aiming for your opponent’s limbs after they strike you. This will sometimes make it easier to hit them before they can react,” Cliff instructs. “Keep an eye on their weapon and move quickly to dodge their blow before you strike yourself. This is a good strategy.”

Markus laughs. “Or you could play to your strengths. Use your power to overcome the enemy, on a spiritual level. Scramble their mind.”

I stand up straight, looking pointedly at Markus. “Okay,  one of you needs to stop talking.”

Cliff tilts his head, brow furrowed. “There is only you and me here, no?”

I heave an exasperated sigh, “In a place this old, there’s never just the living in a room.”

“You are trying to trick me, aren’t you?” Cliff grins. “It won’t work. Come, let’s try something harder,” he lunges forward. I try to block, but I find myself hitting the padded wall.

Markus laughs a hearty sound. I glare at him. My hand waves and the rack of weapons crashes into the wall, right through him. He raises an eyebrow, amused.

Cliff walks toward me. “It is hard for one your size to block an opponent my size head on. Try to roll out of the way, with a somersault perhaps. The key is to come out of the roll into a position you can see your opponent in. Expect them and strike quickly.”

“This is so not what I signed up for,” I grumble.

Cliff sighs, dropping his weapon to his side. “I am sorry. Is my instruction too fast? We can take a break if you’d like.”

I slide down the wall to sit. I’m sore in places I didn’t know you could be sore. “I’m not so sure the whole beating-each-other-up is my thing. It’s so much easier to talk my way out of a fight, or die…”

“You are doing well for a beginner. Training can teach you more than how to fight, but how to focus and breathe,” Cliff kneels in front of me with a serious expression. “Surely there is a limit to how many times you can die? Maybe, if you trained your body more, you could prevent death from occurring so frequently.”

I scoff. “I do not fear death, Viking. We’re actually quite good friends. It’s the other abilities that need work.”

“It’s not about fearing death. I too do not fear death. Every battle I enter, I enter welcoming it as my parents taught me. To fight alongside death is my dream…” he pauses, cocking his head. “Other abilities?”

“Everyone fears death. At least their first time. It just happens that it’s usually their last,” I sigh, looking at Markus across the room. “It seems I have some abilities I was unaware of, like moving things from a distance.”

“This is a good skill to have. You can use this in combat or daily life. Let’s take a break and practice this skill.” Cliff offers his hand. I take it. Maybe this won’t be as painful.